If your into the whole antioxidant movement youve heard it all before food rich in colour often contains a lot of antioxidants, that will keep our bodies from aging and protect us from a wide range of diseases.

Antioxidant capacity is often measured in ORAC Oxygen Radical Absorbance Capacity. Most vegetables and fruits have orac values between 100 and 1,000 μ mol TE/100g. Different sources tell us different values for the same foods, which makes it hard to say exactly what orac value different foods has. However, these are the foods that always score high. Orac values are taken from oracvalues.com.

Green tea (ORAC: 1,253 μ mol TE/100g)
Green tea may not have a very high orac value, but its concidered a very good source of antioxidants since its so easy to consume large quantities of it. If you drink three cups a day you can get over 8,000 orac units. Compare that with the 1,200 orac units that is said to be the average amount of antioxidants consumed per person and day in the United States.

If you find it green tea too bitter, add some honey its antibacterial and wont make you fat unless its overconsumed.

Blueberries (ORAC: 6,552 μ mol TE/100g)
The fact that blueberries have a strong blue color gives hints about its properties. Berries often have high orac values, often over 2,000, but blueberries are extraordinary.

Combine with some unsweetened yoghurt or quark and you have a perfect snack or dessert.
Cocoa (ORAC: 80,933 μ mol TE/100g)
Cocoa contains a kind of antioxidants called anthocyanins, that are also found in red wine, blueberries and coffe. These anthocyanins can make wonders for your health. Yet, lets face it overconsumption of chocolate will eventually make you fat, so dont eat too much.

Six grammes of dark chocolate a day is said to be optimal.

Acai berries (ORAC: 102,700 μ mol TE/100g)
Acai is a berry that has gained a lot of medial attention lately due to its high content of anthocyanins. The berry is grown mainly in South America and may be hard to find on the market in other parts of the world. If you do find some, concider yourself lucky. 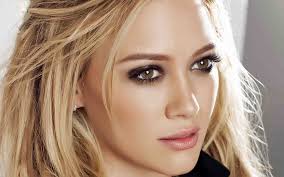